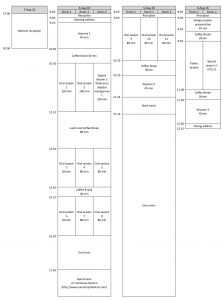 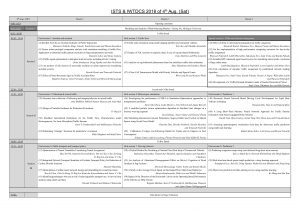 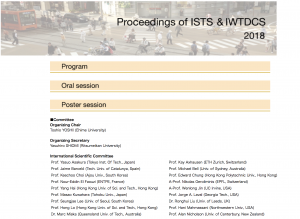 “Modeling and analysis of ride-sourcing markets”
Abstract: Ride-sourcing companies such as Uber, Lyft and Didi Chuxing are transforming the way people travel in cities. The companies provide ride-hailing applications that intelligently match riders to drivers; drivers are private car owners who drive their own vehicles to provide ride-for-hire services for profit. Since their advent in 2009, ride-sourcing companies have enjoyed huge success, but also created many controversies. In this talk, we present an equilibrium modeling framework for analyzing ride-sourcing markets and hopefully obtaining insights to some of these controversies. We will discuss critical ingredients of the modeling framework, including capturing drivers’ labor supply decision, and approximating the market frictions due to the matching technology adopted by a ride-sourcing platform to match riders and drivers. We will then configure the framework to develop various models to investigate the pricing of the ride-sourcing markets and its welfare impacts. Potential regulatory policies are subsequently discussed.

Biography: Dr. Yafeng Yin is a Professor at Department of Civil and Environmental Engineering, University of Michigan, Ann Arbor. He works in the area of transportation systems analysis and modeling, and has published approximately 100 refereed papers in leading academic journals. Dr. Yin is the Editor-in-Chief of Transportation Research Part C: Emerging Technologies. He is also an Associate Editor of Transportation Science, and serves on the editorial boards for another four transportation journals such as Transportation Research Part B: Methodological. Dr. Yin received his Ph.D. from the University of Tokyo, Japan in 2002, his master’s and bachelor’s degrees from Tsinghua University, Beijing, China in 1996 and 1994 respectively. Prior to his current appointment at the University of Michigan, he was a faculty member at University of Florida between 2005 and 2016. He worked as a postdoctoral researcher and then assistant research engineer at University of California at Berkeley between 2002 and 2005. Between 1996 and 1999, he was a lecturer at Tsinghua University. Dr. Yin has received recognition from different institutions.

“Lets talk about peds!”
Abstract: Since its conception almost 80 years ago, traffic flow theory researchers have focused on modelling of car traffic, while only a handful of scholars considered developing dedicated theory and models for pedestrian and bicycle traffic flow operations (the “active modes”). This can, at least partially, be attributed to the lack of active mode traffic operations data, which given the inductive nature of the traffic flow theory and simulation domain is clearly a major issue. About two decades years ago, first steps were taken to remedy this lack of data by conducting large scale walking experiments. Since then, multiple researchers have performed such experiments, while at the same time data collection technologies allowing collecting pedestrian flow data in the field. These studies revealed many complex, yet fascinating phenomena challenging the “traffic flow theory toolbox”, requiring novel modelling approaches and simulation techniques.

In this talk, we will review some of the key results achieved in the two decades of active mode traffic modeling and identify some of the key challenges that still remain. We present current work that aims to address these, including novel data collection efforts, new numerical methods, and multi-scale modeling techniques. We will also present unique recent walker experiments focusing on understanding phase transitions in pedestrian flow. At the same time, we will present our results in the area of bicycle flow operations modeling and simulation, which has received even less attention in research, showing that also cyclists require dedicated theory and models.

Biography: Dr. Winnie Daamen is an associate professor in the chair of Traffic Operations and Management of the Department of Transport & Planning. The focus of her work is on active modes, that is, pedestrian and cycling traffic. Currently, she is working on active modes in the Allegro project. Daamen holds an MSc in Civil Engineering from Delft University of Technology. She started working on pedestrian behaviour in her PhD research on ‘Modelling passenger flows in public transfer facilities’ at Holland Railconsult (now Movares). She is a member of the Traffic Flow Theory and Characteristics committee of the Transportation research board, and secretary of their subcommittee on Crowd modeling and management. She is also member of the PED (Pedestrian and Evacuation Dynamics) steering committee.

“Freeway Traffic Control via Variable Speed Limits”
Abstract: The continuously increasing daily traffic congestion on freeway networks around the world calls for innovative control measures that would drastically improve the current traffic conditions. Variable Speed Limits (VSL) have been increasingly deployed during the last decades and were found to improve greatly the traffic safety; but there is hardly any evaluation that indicates improved traffic flow efficiency (e.g. shorter travel times) as a result of VSL deployment. Mainstream traffic flow control (MTFC), enabled by use of VSL, is a novel and promising freeway traffic management tool. After a short historical review, the principal impact of MTFC on traffic flow efficiency is analysed and discussed. It is demonstrated, via several simulated control scenarios, that traffic flow can be substantially improved via VSL-enabled MTFC, with or without integration with ramp metering actions. Simple feedback regulators are presented for local MTFC actions (e.g. at merging freeways or merging on-ramp locations), as an alternative and more practicable control approach towards throughput maximisation at active bottlenecks. Future research needs on the subject are briefly outlined.

Biography: Prof. Papageorgiou received the Dipl.- Ing. and Dr.-Ing. degrees (Hons.) in Electrical Engineering from the Technical University of Munich, Germany, in 1976 and 1981, respectively. Currently he is a Professor with the Technical University of Crete, Chania, Greece. He has authored or edited five books and 500 technical papers. His research interests include automatic control and optimisation theory and applications to traffic and transportation systems, water systems, and further areas. He is a fellow of IEEE and a Fellow of IFAC. He received several distinctions and awards for his achievements. He was a recipient of an ERC Advanced Investigator Grant.

Aug. 2, 2018 The way from the airport to downtown and sponsors are updated.

July. 23, 2018 Program and instruction for Cycling tour is updated.

July. 17, 2018 Tentative Program and One keynote speaker has been changed.

July. 4, 2018 Instruction for Presenters is updated.